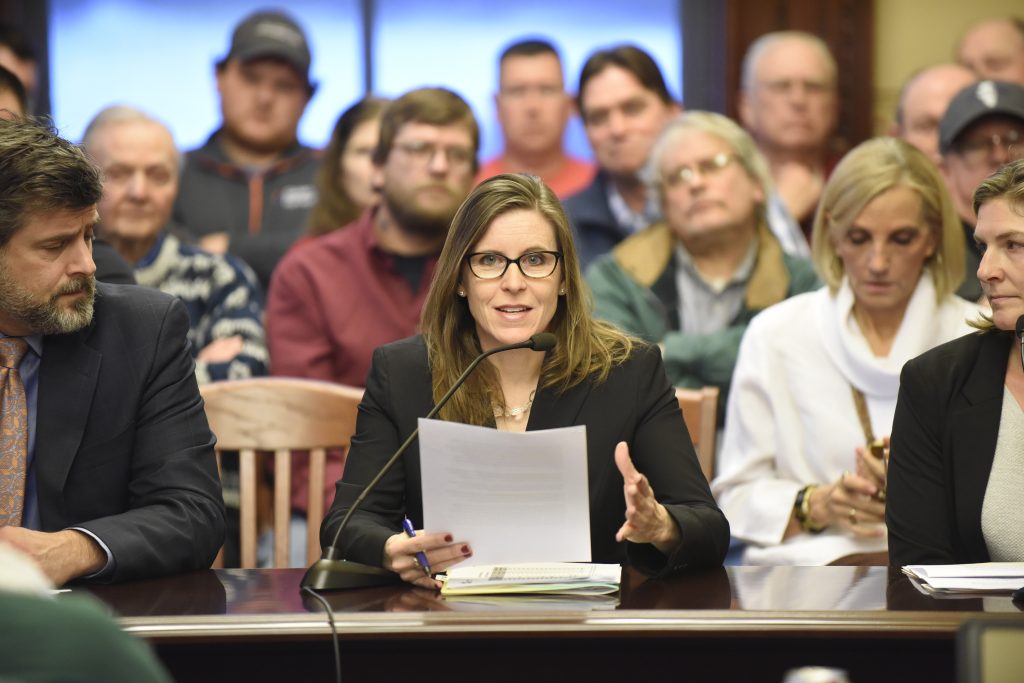 – Today, Governor JB Pritzker signed SB 75, a Sexual Harassment, Discrimination, and Ethics Omnibus bill that provides sweeping protections against discrimination throughout the state of Illinois. This legislation was sponsored in the House by Representative Ann M. Williams (D-Chicago) and in the Senate by Senator Melinda Bush (D-Grayslake).

This legislation is the result of years of research, conversations, and interviews with survivors of discrimination, harassment, and sexual harassment in the workplace. The bill’s provisions are taken directly from findings produced by The Senate Task Force on Sexual Discrimination and Harassment Awareness and Prevention, and will take concrete steps towards creating a safer work environment for all.

“Every employee deserves to work in an environment that is safe and healthy, and where they are valued and respected,” said Rep. Ann Williams (D-Chicago). “A bicameral and bipartisan effort, this legislation makes important strides toward ensuring that Illinois workplaces are free from harassment and bullying of any kind. I am grateful to Governor Pritzker, Senator Bush and all those who worked to advance this important initiative.”

“Victims of workplace harassment and discrimination have for too long been silenced and unable to confront the often horrific circumstances they have experienced,” said Sen. Melinda Bush (D-Grayslake). “We’re not just changing the law with Senate Bill 75. We are working to change our culture, preventing abuse and discrimination from happening in the first place while empowering victims to come forward when it does.”

“Sexual harassment is unacceptable and will not be tolerated in the state of Illinois,” said Governor JB Pritzker. “Ending the culture of sexism and sexual harassment in workplaces across our state takes a comprehensive approach, and I’m proud that this bi-partisan unanimously-passed legislation – led by Senator Melinda Bush and Representative Ann Williams – strengthens workplace protections to hold abusers and enablers accountable. This commonsense law makes it clear that the days of turning a blind eye to sexual harassment in the workplace are over.”

Highlights of the bill include:

Rep. Ann Williams talks about the COViD Act on ABC 7

November 5, 2021
Posted by: Ann Williams
0
0
Scenes from the Community Climate Celebration, where we came together to recognize and acknowledge all...

Scenes from the Community Climate Celebration

October 14, 2021
Posted by: Ann Williams
0
0
Today, I was honored to participate in the bill signing of the long-awaited clean energy...

August 1, 2021
Posted by: Ann Williams
0
0
On July 27th, Illinois legislators, advocates and guests met with Governor JB Pritzker at the...

March 13, 2020
Posted by: Emily Melbye
0
0
Dear Friends and Neighbors: Happy New Year! I hope your holiday season was warm and...

August 21, 2019
Posted by: Carter Harms
0
0
Last summer, motivated by a difficult news climate and the desire to take concrete action,...