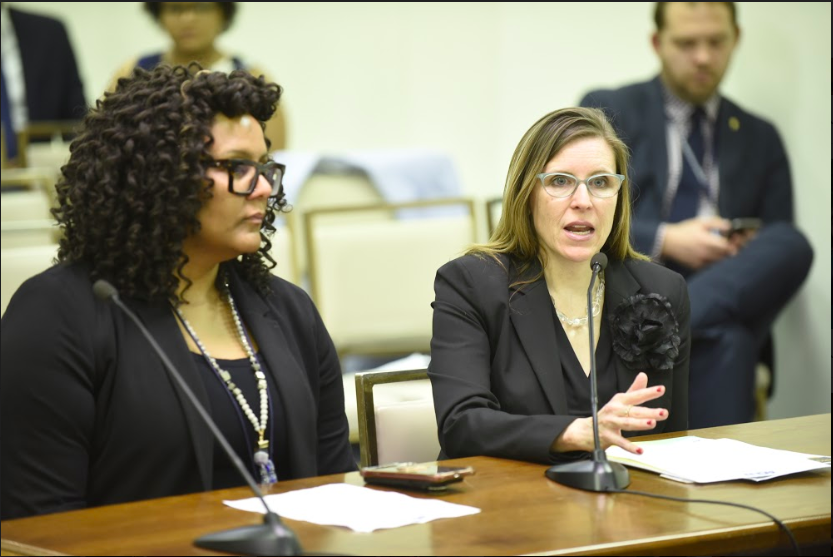 Springfield, IL – Today, the House unanimously passed SB 75, which creates protections against sexual assault in the workplace. Representative Williams was the House sponsor after the bill passed through the Senate in April, sponsored by Grayslake Democrat Melinda Bush.

The #MeToo movement shined a light on issues of sexual harassment and assault in our culture. In response, the General Assembly has been working to ensure that employees in the public sector and in the Capitol feel safe and protected while on the job. The result of this effort was an omnibus bill that addresses the need to expand laws relating to unlawful discrimination and harassment in the workplace.

“It includes the things we’ve learned might not be working, how to improve the process for people with complaints, how to do some prevention,” Representative Williams stated. “We worked closely with the Department of Human Rights on how to make sure a complainant gets the chance to be heard… It’s not just sexual harassment that people are impacted (by). It’s discrimination, it’s harassment of other kinds- racial, religious…. things like that. So we wanted to grow the scope of what is covered by ours laws.

This bill was the result of a cumulative effort between all caucuses in the General Assembly to ensure that employees of all gender, race, age, and sex are protected. It prohibits employees from being forced to waive their rights regarding sexual harassment or discrimination in the workplace. It updates other protections, and ensures that robust resources are available for employees to contact should they feel their rights are being violated. Furthermore, it ensures that government employees filing ethics complaints have protections in place throughout the process. All in all, this legislation shores up and expands a worker’s rights. It ensures that every employee in the State of Illinois enjoys the legal protections they deserve to feel safe and respected in the workplace.

August 11, 2021
Posted by: Ann Williams
0
0
On July 27th, Illinois legislators, advocates and guests met with Governor JB Pritzker at the...

March 13, 2020
Posted by: Emily Melbye
0
0
Dear Friends and Neighbors: Happy New Year! I hope your holiday season was warm and...

August 9, 2019
Posted by: Lauryn Schmelzer
0
0
Last summer, motivated by a difficult news climate and the desire to take concrete action,...

June 11, 2019
Posted by: Emily Melbye
1
0
Springfield, IL – Today, Illinois made history by passing the Reproductive Health Act through both...

May 21, 2019
Posted by: Emily Melbye
0
0
Chicago, IL – Representative Williams sat down with Amanda Vinicky as she filled in for...

Listen: Rep. Williams discusses the Reproductive Health Act and other end of session developments with Amanda Vinicky on WGN Radio

May 17, 2019
Posted by: Emily Melbye
0
0
Springfield, IL – “With alarming frequency, states are passing laws to restrict, and in some cases...

May 15, 2019
Posted by: Emily Melbye
0
0
Today, Representative Williams sat down with Rick Pearson to discuss the Clean Energy Jobs Act...